AM Radio, a heatwave, and too many encores. 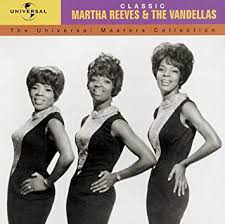 In September 1963 I was eleven and listening intently to WTIX, 690 AM, “the mighty 690”. This pioneering radio station in New Orleans came in perfectly on my spectacular Magnavox transitor radio, with remote headphone!

WTIX 94.3 FM’s heritage call letters originate from the legendary Top 40 AM station WTIX 690 AM, “The Mighty 690.” WTIX 690 AM New Orleans dominated the airwaves from the 1950s into the 1980s as America’s first Top 40 radio station, and the FM station debuted initially as its sister station in 1995. Today TIX FM continues the legacy of the original TIX AM featuring the classic hits, heritage TIX jingles, and the famous “Chime Time” that rings when the personalities give the time on the air.

MARTHA REEVES AND THE VANDELLAS

At that time in 1963, one of my favorite girl bands, Martha Reeves and the Vandellas had a huge hit, staying at number ONE for four weeks, with a Holland-Dozier-Holland song, HEATWAVE. You just can’t sit still and hear this song.

Twelve years later, Linda Ronstadt released her version which peaked at number 5. Naturally, BIG ZEPHYR had to grab this tune and put it into our RONSTADT / EAGLES tribute. More on that later.

Andrew Gold, one of Linda’s regular backing musicians, told Rolling Stone how Linda added this song to her set list. “Her band had been trying to get Linda to add it to her set for quite awhile. One night at a Long Island club called My Father’s Place we received six encores and we’d run of tunes. One of us yelled out ‘Heat Wave in D’ and we did it. The band was awfully sloppy but the crowd really liked it. So we kept the song in our set.”

That’s a wild story, and guess what……. BIG ZEPHYR uses Heatwave as an encore as well!!!! And here’s our version.

There are 2 comments on AM Radio, a heatwave, and too many encores.