Doobies, a small town in Texas, and the “old” Big Zephyr 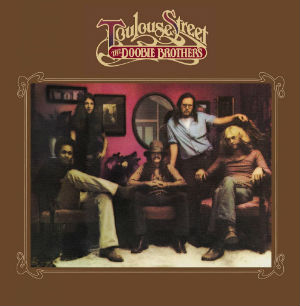 Well it is true that a “doobie” is a slang term for a marijuana cigarette. And a friend of the Doobie Brothers back in 1970 suggested it as a joke, referring to the band’s fondness for “doobies.” They planned to change the name but got famous instead.

CHINA GROVE is based on a real small town in Texas and was written by Tom Johnston, guitarist / singer / songwriter. for the Doobies. He thought he had created a fictional town called “China Grove” near San Antonio and later learned it really existed from his cab driver in Houston.  Johnston later explained that the band had been on tour passing through the town of China Grove on the way to or from San Antonio, and he had seen a road sign with the name, but somehow had forgotten about it.

I love this acoustic recording because you can really hear the quality of Russ Edwards’ voice, accompanied by only an acoustic guitar and Jaime Lee’s voice. (Well she does play a “mean shaker” in this recording as well!!) It’s a rare chance to really enjoy Russ’s voice without drums, bass, keys, and several other voices. As much as I love this recording, I also know that the entire BIG ZEPHYR really does a great electric version of this song.

Unfortunately, I don’t have a copy of that, so let’s go back all the way to 2010 and the City of Chandler’s FALL RHYTHMFEST. Here is an early version of BIG ZEPHYR, featuring Ms Randi Jill on keys / vocals and Mr. Larry Gast on guitar, as well as Mike Edwards on bass and Bill Babin on drums.

I know it’s a little fast, but the video is fun for historical purposes, and you know, sometimes you just can’t slow down those guitar players. Thanks Randi Jill and Larry for some great playing and fun during those early years. Be sure to come out to our fall shows and ask RUSS to sing this tune for you.