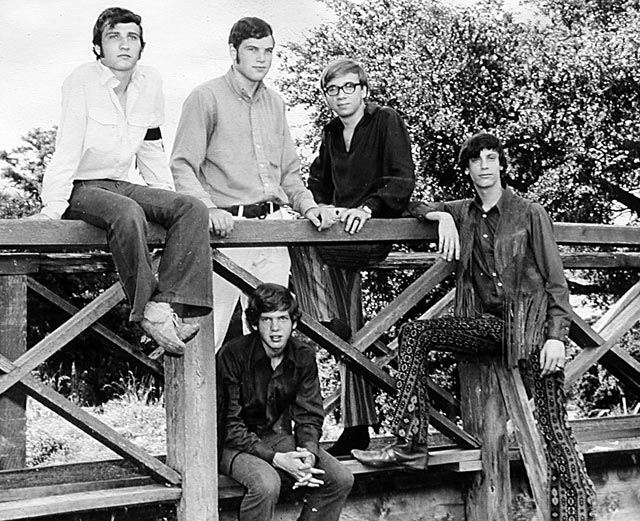 August 15, 1969, the Woodstock Festival was held on Max Yasgur’s 600 acre farm in Bethel outside New York. Attended by over 400,000 people, the event featured, Jimi Hendrix, Crosby Stills Nash & Young, Santana, The Who, Creedence Clearwater Revival, Grateful Dead, Janis Joplin, The Band, Canned Heat, Joan Baez, Melanie, Ten Years After, Sly and the Family Stone, Johnny Winter, Jefferson Airplane, Ravi Shanker, Country Joe and the Fish, Blood Sweat and Tears, Arlo Guthrie, and Joe Cocker. During the three days there were three deaths, two births and four miscarriages. (courtesy of “this day in music”). Be sure to watch the documentary.

August 15, 1970: The Rubber Memory, Bill Babin’s 20th century band, gatheed in the storage room at the home of Ted Haas to begin recording their first and only album. The band had started four years earlier when Bill Babin (drums) met David Greene (guitar) and Park Seward (organ) at St. Francis Xavier school in 7th grade. Park introduced them to Ted Haas (guitar) and David Parker (bass) and they went on to perform more than 200 shows in New Orleans before they went their separate ways in September of 1970.

It was a great time. Woodstock had just happened one year earlier and everyone in the band was excited about all we had accomplished in four years. We even made money for themselves, paid for our gear, and always had cash to have a great hamburger at COLLEGE INN on Carollton Ave after a gig. We were all uneasy about the Vietnam war and about our prospects after high school graduation (May 1970).

So we decided to make a record to mark the end of The Rubber Memory. I have no recollection of how we made this decision. We had not recorded any songs prior to this. I don’t think we had even written any songs either. We had not done any studio recording. As far as I can remember, we did not know what we were we doing……. ahhh, the optimism of youth.

We brought in a friend, Emile Gardette, who had a great TEAC reel-to-reel recorder and started working on tunes. We borrowed mics, mixers, and cords from Bob Campo of Campo’s Music. We called in our friends and road crew, Bobby Springman, Joe Montelepre, Jimmy Morrison (RIP), and Bob Cuyler. Joe and Jimmy also got co-writing credits. A few weeks later we had nine original songs.

Welcome The Walnut Song A Song for You

All Together Rover He’s Gone Away

Schoolyard All About Me You Can’t See

We added two covers IT’S FOR YOU, an acapella Beatles song which we heard from THREE DOG NIGHT, and MR SPACEMAN, from The Birds. We considered ourselves rockers for sure, strongly influenced by The Beatles, Grand Funk Railroad, Iron Butterfly, Santana, Three Dog Night, Led Zeppelin, Rolling Stones, The Doors, Vanilla Fudge, Creedance, Steppenwolf, Crosby, Stills, and Nash, The Rascals, and other big artists of the sixties.

We finished the recording, sent off the tape to a “vanity record producer,” and by September, we had become “recording artists.” It was an amazing four-year ride for a bunch of 17-year-olds from New Orleans. And you can still purchase this music today in a beautifully reproduced, 30th anniversary vinyl album. Or listen here to ALL TOGETHER, a hard-rocking cry for help from the 60s, filled with fuzzy guitars and punchy drums.